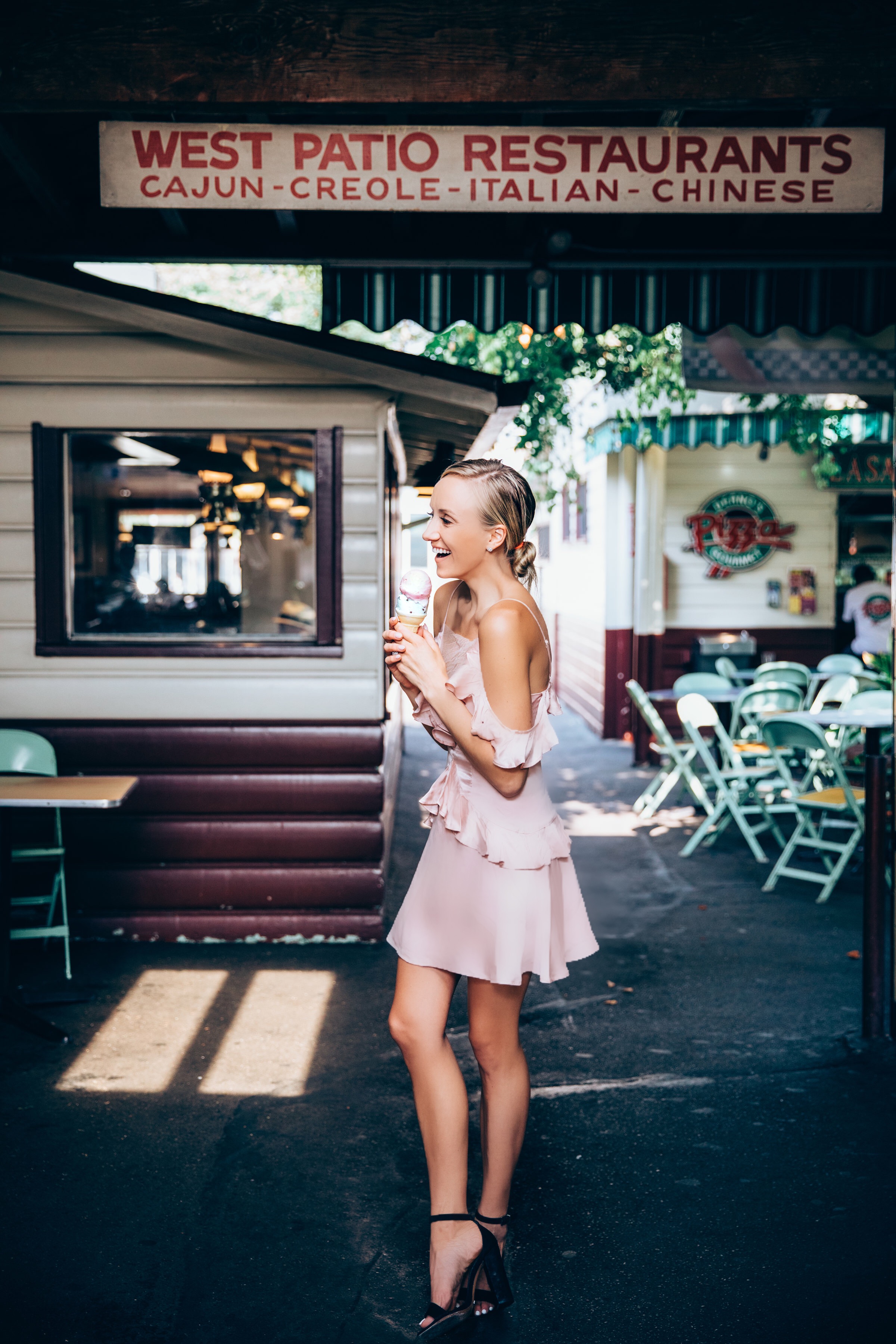 Last week when I was in LA I made sure to stop by one of my favorite local spots, The Grove. It has a great farmers market that is so fun to stroll around and grab a sweet treat! That ice cream cone might look to good to eat but don’t be fooled, I absolutely ate it once we were done! (PS I got mint chocolate chip + strawberry… I know, weird combo)

This pink NBD x Revolve dress is just as sweet with it’s soft pink color and playful ruffles. I can’t get enough of the peekaboo shoulder look this summer, and the illusion top was a fun detail. Definitely makes the dress a little daring for day time, but anything goes in LA!

I paired this with my favorite black strappy heels for an edgier look but a lighter, nude tone would also work! I’ve linked this dress (on sale for $125!) and similar styles below! 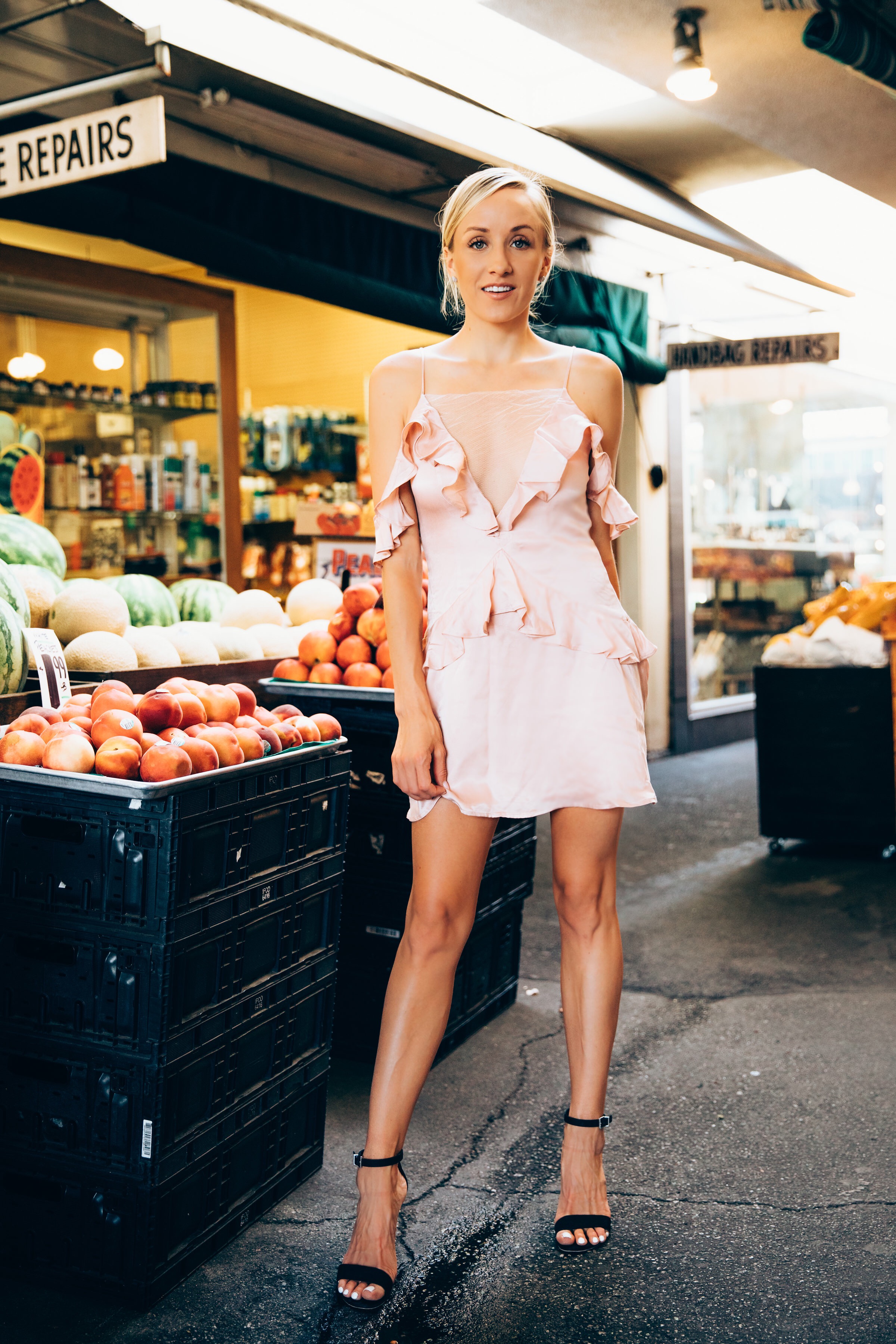 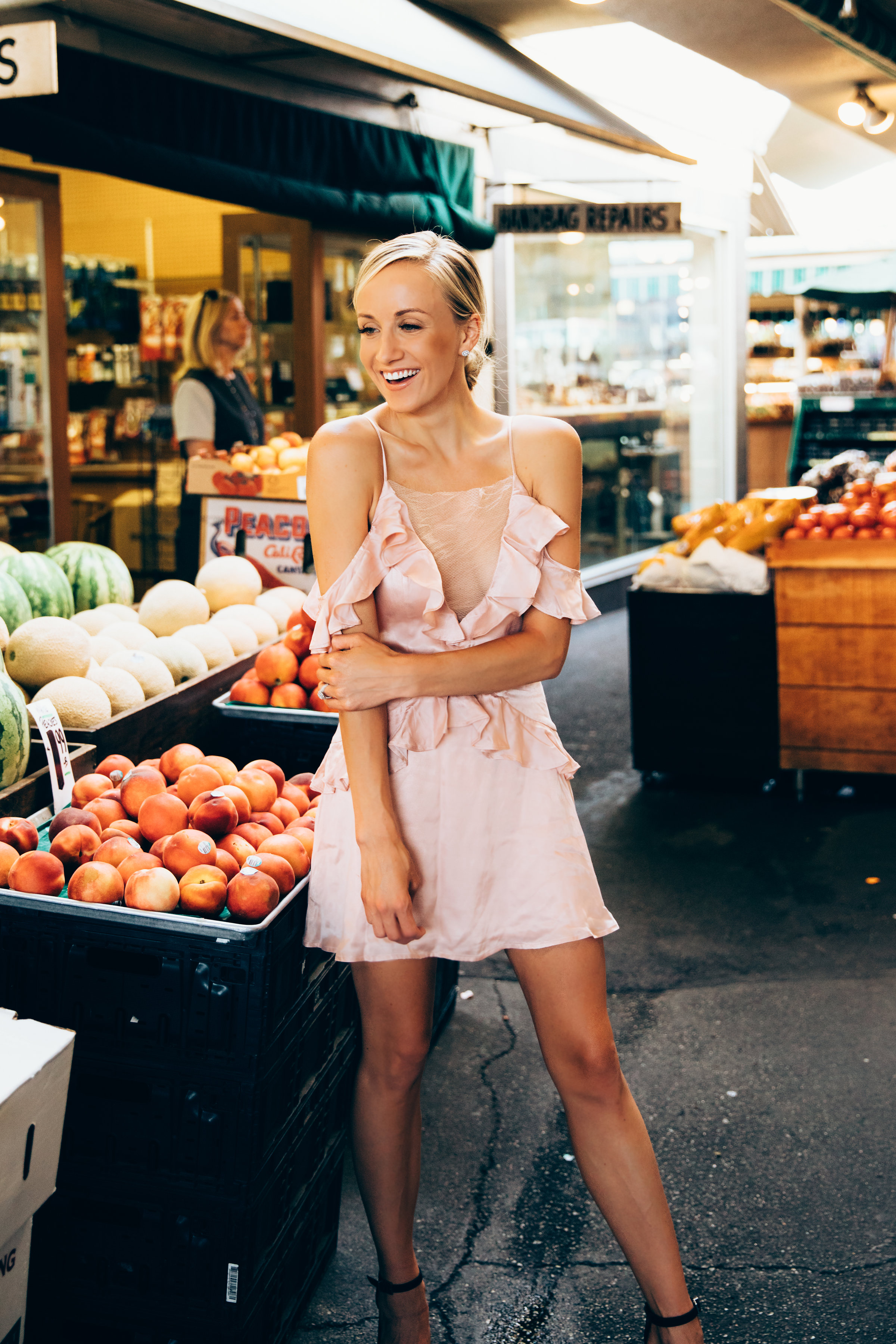 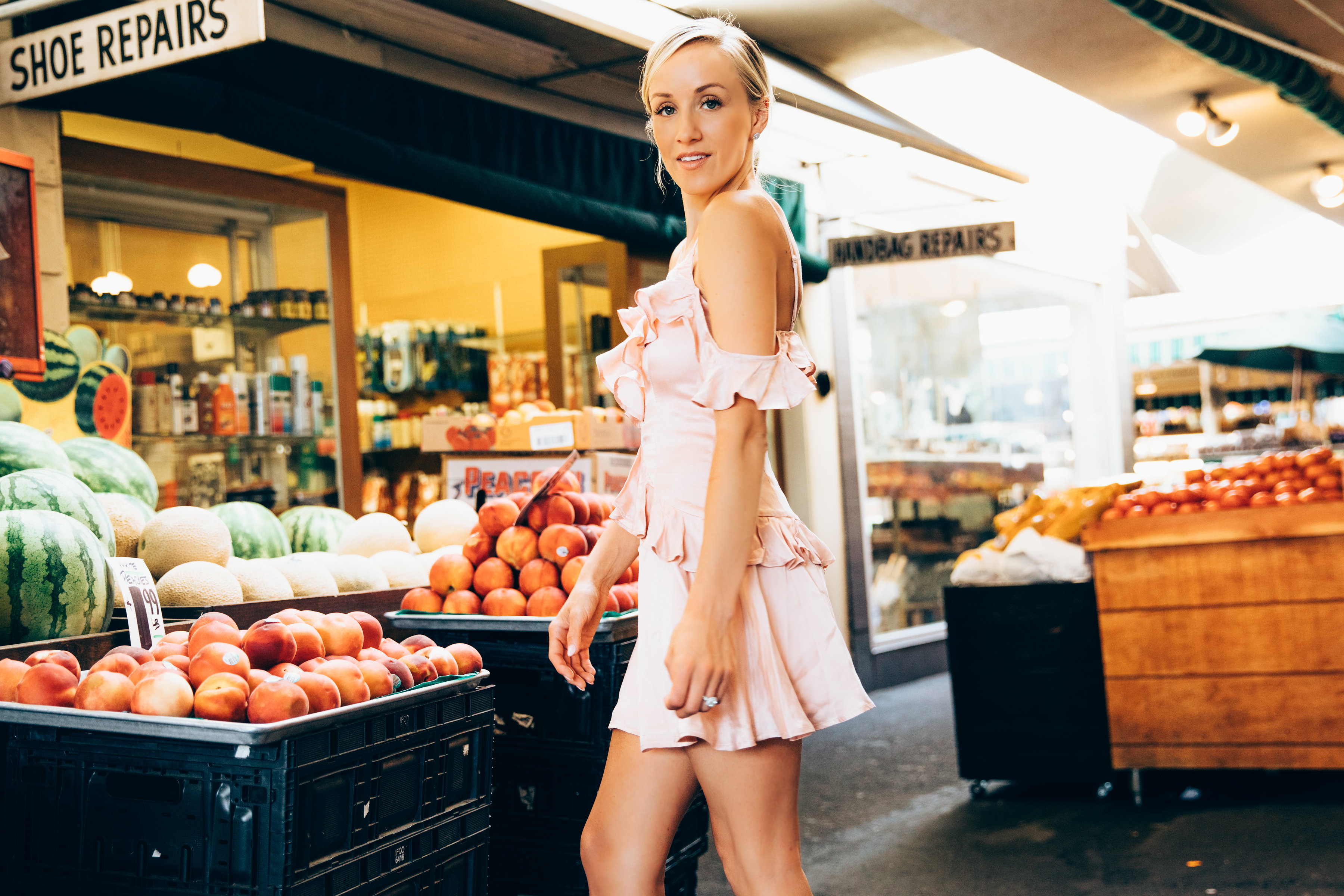 What’s In My Cart: Weekend Getaway

5 Basics You Need for a French Girl Summer

10,130 Comments
remember when you manifested it all? you can do it